The Story of the FBI Task Force in Hungary 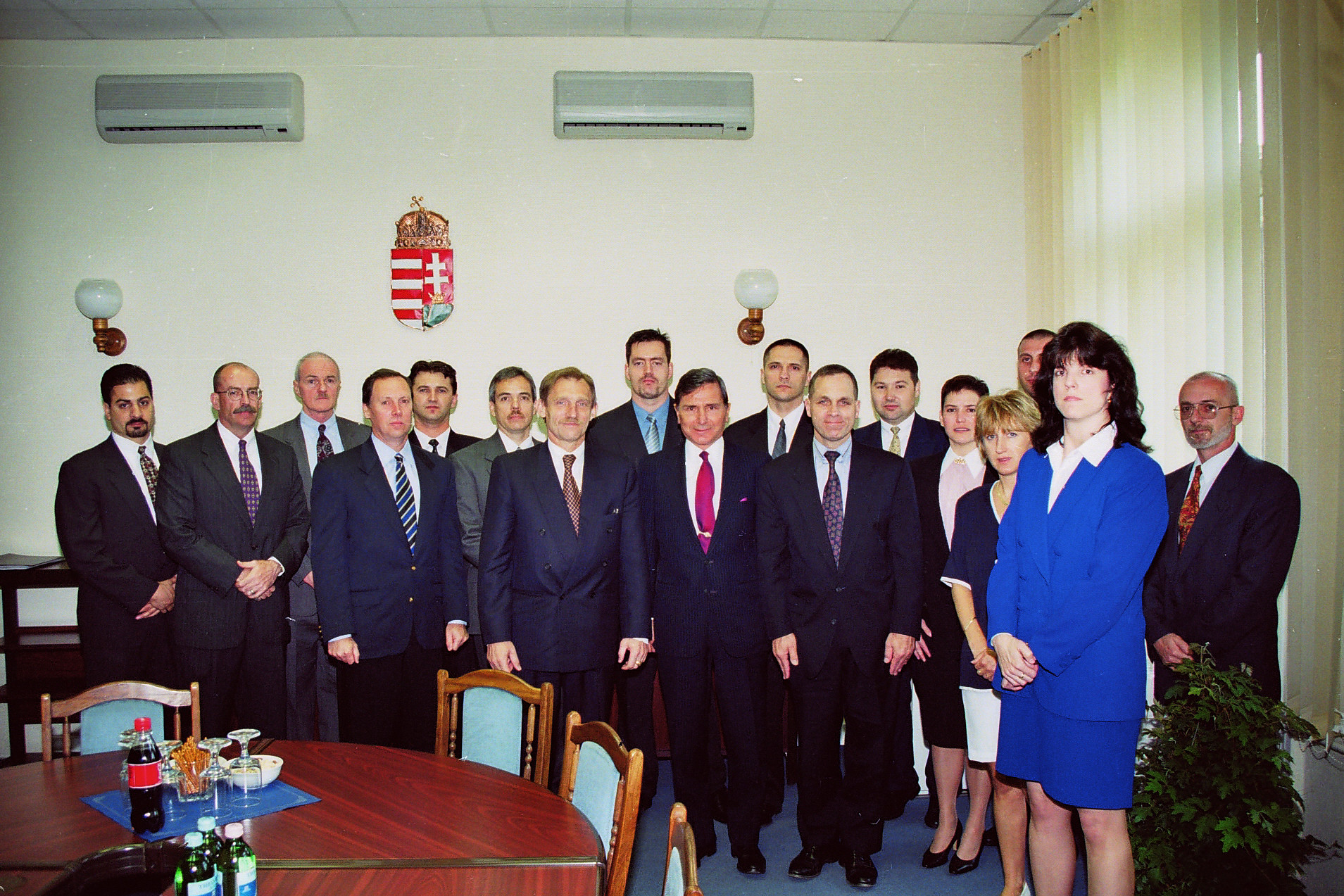 In July 1995, the FBI assigned Special Agent M. Miles Burden to the U.S. Embassy in Vienna, Austria.  His assignment was to work criminal investigations with police in 12 countries in Central Europe, including Hungary.   Appointed to this post by FBI Director, Louis Freeh, SA Burden was the primary FBI investigative liaison with the Hungarian National Police (HNP) between 1995 and 1999.  Based in Vienna, SA Burden coordinated Organized Crime investigative activity with links between Hungary and the U.S.  This included investigations of car bombings in Budapest, believed to have been carried out by Organized Crime groups with operations in the U.S.   Concurrently, in 1995, the FBI established the International Law Enforcement Academy (ILEA) with the HNP in Budapest to train police officers from Central and Eastern Europe.   The ILEA facility was established only as a training venue and was not involved in operational investigations.

In early 1999, the HNP requested that the FBI establish a permanent presence in Budapest to address the increasing number of investigations.  As a result, SA Burden was transferred to Budapest to work full-time in Hungary with the HNP in July 1999.  In October 1999, SA Burden accompanied General Istvan Miko, and a Hungarian HNP delegation to the U.S. to work with FBI Agents in the U.S. focused on Organized Crime investigations.  In addition, the HNP delegation met with FBI Director Freeh, as well as with FBI leadership of the Organized Crime Section at FBI Headquarters, led by Section Chief Thomas Fuentes.

During the meeting with Fuentes, an agreement was made with General Miko that the HNP would assign 6 police officers to support FBI investigative activities in Hungary if the FBI would also assign more FBI agents to support SA Burden.   This proposal was supported by Director Freeh, as well as by HNP Director Pinter, and resulted in the creation of the HNP – FBI Organized Crime Task Force.

The HNP- FBI Organized Crime Task Force was the first FBI Task Force established outside of the U.S.  and at the date of this writing in 2021, has operated for over 21 years.

Initial successes included the arrest and extradition of a “Top Ten” Hungarian fugitive from Florida back to Hungary.  Additionally, investigative activity resulted in the indictment in the U.S. of a formerly Budapest based Organized Crime figure identified as Semion Mogilevich.  Mogilevich was subsequently placed on the “Top Ten” fugitive list by the FBI.

The Task Force was initially based at the HNP Organized Crime HQ located on Aradi Utca in Budapest and task force members were granted authorized by the Hungarian Government, HNP, the FBI and the U.S. Embassy in Hungary, to carry firearms.  The authorization for FBI Agents to carry weapons in Hungary was unprecedented, but necessary, due to the security risk to the FBI Agents investigating violent Organized Crime Groups based in Hungary.   As part of the authorization to carry firearms, the FBI Agents had to qualify under HNP firearms qualification rules and abide by Hungarian laws concerning the carrying of firearms.   In over 20 years of operations, there has never been an incident involving firearms carried by the FBI Agents assigned to the Task Force.